How does it work?

LocalBitcoins is a peer-to-peer Bitcoin exchange. In contrast to other traditional exchanges, your Bitcoins are bought or sold to other individuals rather than organisations who buy low and then selling higher than Bitcoin’s current price.

This means that you could be purchasing your Bitcoins from your neighbor or your boss; and the two of you get the freedom set your own price.

In a peer-to-peer transaction, the process takes place exclusively between the two parties (the buyer and the seller). LocalBitcoin’s only role is to provide the software and website to link up each side.

There are a few key advantages to peer-to-peer exchange systems.

As discussed earlier, prices in a peer-to-peer exchange are set by each seller (or vendor, as they are sometimes referred to as).

In fact, many vendors of Bitcoin may even list their desired trades on multiple exchanges to maximize their potential; making the prices on LocalBitcoins nothing unique.

LocalBitcoins also provides a sophisticated system of allowing vendors to set up an automatic price equation for their purchasing and selling price of Bitcoin based on market fluctuations.

In a comparison to CoinMarketCap, an aggregator of cryptocurrency exchange prices, the cheapest purchase price on LocalBitcoins Australia was 3% higher and the highest sell offer was less than 1% lower. Although this may seem as though the LocalBitcoins prices are uncompetitive, prices are set by individuals and will vary day to day and by region, fluctuating around the prices on other exchanges.

Even some riskier and more difficult payment methods (such as in-person cash trades and PayPal transactions) will have much higher asking prices due to the risks involved.

This makes the prices on LocalBitcoins completely variable to how, when and where you want to trade.

LocalBitcoins charges a flat 1% transaction fee to sellers on each trade on the marketplace. This matches Paxful, another peer to peer exchange, but beats BitQuick, who charges a 2% buying fee.

This puts LocalBitcoins on a highly competitive level relative to the only other peer-to-peer exchanges.

If you’re buying Bitcoin, the shown fee is equivalent to the amount you’ll pay since the fee is on the seller.

The fee keeps LocalBitcoin’s costs in line with the other major exchanges such as Coinbase, which charges 1.49% on top of their shown exchange rate.

As with all cryptocurrency exchanges, there is a fee involved in sending the funds from the website wallet to another.

Sending Bitcoin in the blockchain network requires a balance of speed and fees. Payments to be processed immediately are costly; and cheap ones could take weeks. LocalBitcoins automatically balances the speed and cost to keep your waiting time around 10 to 60 minutes.

This incurs a variable fee based on strain on the network, but that fee is normally under $2 USD; $0.59 USD in the above screenshot. That amount goes to getting your payment processed by the Bitcoin network, so this fee should be considered but is unavoidable no matter the exchange you use.

One fairly sneaky fee LocalBitcoins has implemented is a fee for receiving incoming Bitcoin transactions. However, the cost of receiving Bitcoins in a normal wallet is zero; this fee is purely a revenue-raising levy used to cover server and staff expenses.

At the time of writing, this fee was hovering around $1.65 USD just to move Bitcoin to the online wallet.

LocalBitcoins stated in a blog post that the reason for the fee was to “spread costs more fairly between our customers”, as a large amount of their operating costs come from small deposits.

For example, trading Bitcoin on the site might incur fees such as:

You should consider the true cost of each trade you make, because these external fees might push costs beyond the rates of other exchanges.

A LocalBitcoin account requires nothing more than an email address to create. However, individual vendors can require certain additional forms of verification from you.

This often includes, but is not limited to:

These requirements are up for you to choose from when you post a trade on LocalBitcoins.

Whilst it’s possible to find trades with nothing more than an email address, the more information you submit the more great trades you’ll be eligible for.

To post your own trade on LocalBitcoins, you’ll need to go through all forms of verification yourself.

Part of the LocalBitcoins service is to provide users with information on the reliability of individual vendors. The site shows the total number of successful transactions as well as the percentage of positive feedback.

LocalBitcoins also lets users leave written reviews by clicking on their profile name, so you can judge if a vendor should be trusted. 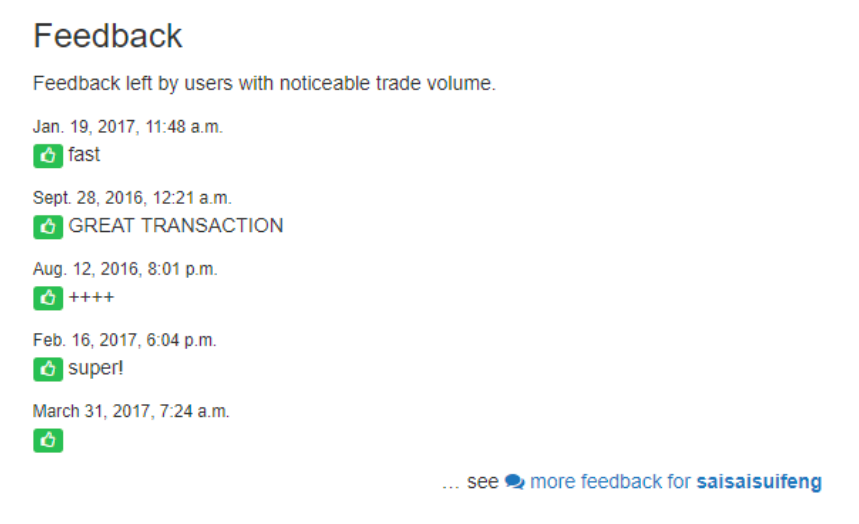 LocalBitcoins infringes slightly on the peer-to-peer philosophy by providing Escrow for online transactions.

Once you claim to have paid for the Bitcoin, LocalBitcoins will deduct an equivalent amount from the vendor’s digital wallet and hold it in reserve until you confirm receipt of the Bitcoin. This way, vendors are forced to uphold their end of the deal. If they don’t, you can create a support ticket and claim the escrow funds.

Although somewhat contrary to the decentralised cryptocurrency mission, Escrow is an industry standard used by every peer-to-peer Bitcoin exchange. 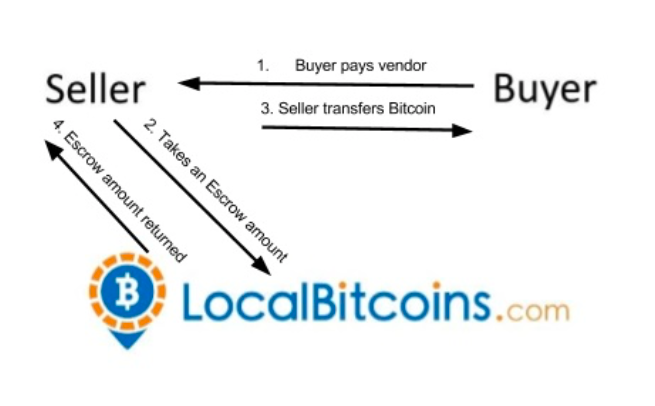 However, Escrow relies on the in-built online wallet to operate, which isn’t always safe.

LocalBitcoins provides an online wallet to be used in the Escrow system and to temporarily hold funds. However, peer to peer sites have been shut down before, resulting in a loss for those holding funds on the site. Leaving your funds online is also dangerous because fraud, hacks and unexpected closures are nothing new to the industry.

For these reasons, it’s highly advisable to keep as little funds in the LocalBitcoins wallet as possible. A good indicator for the safety of the site is how long it’s been operating for. Out of all its major competitors, LocalBitcoins is the longest running peer-to-peer site; making it one of the most trusted.

If you’re meeting someone locally on the site to trade them cash, you should be wary of the regular danger of online meetups. LocalBitcoins offers a short guide for trading locally, emphasising the risks of counterfeit money and brusquely warning users of the dangers of meetups.

However, the site does not actively encourage designated meeting points or set guidelines for physical transactions like other major trading sites.

Instead, safety in local transactions is up to you to manage.

Due to the peer-to-peer nature of the site, the speed of the delivery of transactions only depends on the two parties.

LocalBitcoins provides information about the transaction times of individual vendors. It does this by generating monthly medians and displaying dots next to each trader.

Further, LocalBitcoins displays mean and median information to make it possible to trade for Bitcoin in under 60 seconds.

It’s also possible that some payment options are open in your country, so it might be difficult to complete the trade in a reasonable amount of time. A fair subset of vendors will also only accept payments from certain banks, restricting the trading options greatly. In my particular case, I was unable to find a vendor accepting a bank transfer from my bank without ID verification.

The potential for long wait times means that the Bitcoin price can fluctuate before it arrives, causing you to inadvertently make a trading position on your payment.

Because payments are made in individuals instead of the site, no instant or automatic payment options are available.

The success of LocalBitcoins is a clear indication of the importance of peer-to-peer trading in a successful Bitcoin economy.

The site opens up the potential for a variety of unique payment methods, making Bitcoin more accessible than ever before, and is a great starting point for those interested in peer-to-peer transactions, though it could be slow and restrictive depending on where you live.