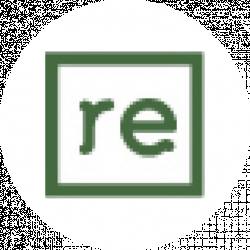 ReBlocked Team
We, the Reblocked Team, are a team of passionate writers and blockchain enthusiasts. We are ultimately excited about the future of Crypto. We know the world of cryptocurrency inside and out. We understand that blockchain white papers are layered with hundreds of technologies, concepts, and ideas. We cover investing topics, comprehensive crypto project guides, and trading. We are here to help you better understand crypto and keep yourself from potential scams.

A lot of current crypto games are not worth playing at all.

Some are pump and dumps, or click and earn type ponzi schemes. Others have horrible gameplay, kept alive only with the “blockchain” tag line.

So what makes a GOOD blockchain game?

What Makes a Great Blockchain Game

The following is criteria I’ve used to evaluate the best blockchain based games:

Splinterlands is definitely the most accessible and matured Blockchain game I’ve tested to date. Originally called Steem Monster, Splinterlands combines popular elements of Hearthstone with the card format of Magic the Gathering.

Taking inspiration from a popular card game is smart as it lends itself to the blockchain proof of ownership and trading elements. In this sense, it’s a far better – more playable – blockchain experience than any of the other ambitious crypto RPGs.

Players “battle” other players to accrue “points” that can be used to purchase new “cards” and otherwise build your deck. The Splinterlands tokens have real-world value and the universe offers various ways to earn.

Players can level up a hierarchy during a specific “season” of play (generally lasts about 15-30 days). At the end of each season, players are paid out in rewards chests based on their level (higher the level, more chests).

Each chest functions as a sort of mystery box that can contain coins, playing cards, and various potions (can be used to increase odds of receiving high value cards for purchase).

Beyond the rewards system (which is nice), Splinterlands seems to have mastered the gameplay + rewards balance. I’m not sure if I would play Splinterlands as frequently without the rewards, but the strategy involved in building decks and planning battles is compelling enough to be a stand-alone game. To me, this is the mark of a true crypto gaming winner.

Best of all, this is a game that can be played on any browser (mobile or desktop). They don’t yet have a stand alone app as such, but I find playing on the Brave browser to work well on mobile (Brave is the recommended browser by Splinterlands).

You can earn tokens in Splinterlands by: 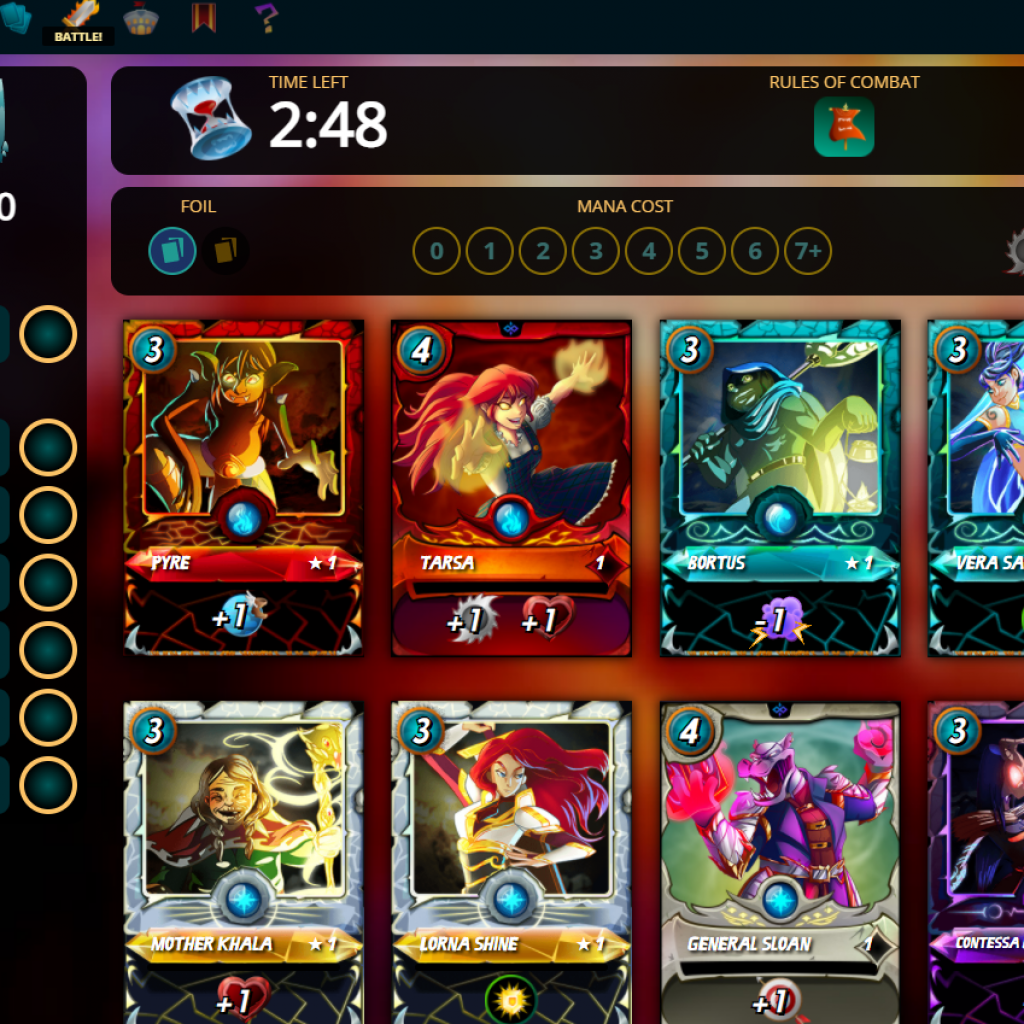 Upland is one of a handful of “virtual Monopoly” style games, aiming to re-create a virtual mirror of real-world locations. Eventually, every real-world piece of land can be owned, virtually.

As far as virtual real estate blockchain games go, Upland definitely has the largest player base with over 60,000 active daily users. This means Upland is validated as one of the more durable digital real estate plays.

The UX is fairly developed and implements with the Blockchain seamlessly to verify ownership. The mobile app is also quite playable, which is more than can be said for 90% of the crypto games out there today.

In terms of gameplay, it’s not really a “game” in the traditional sense. There’s little treasure hunt side activities and challenges, but this isn’t the type of thing you are going to sit down and spend 1-2 hours “playing”. It’s more of something you’ll check in daily to collect UPX and spend blocks of time purchasing or selling properties, or planning buildings.

The game is really about accumulating “collections” of interesting properties. When a new “vanilla” city is released, the collections are typically hidden for a period of time. Then the 7-10 collections are revealed. These might include owning 3-5 properties in a certain city, neighborhood, or even street. There’s generally a slew of easy, medium and rare collections to accumulate. 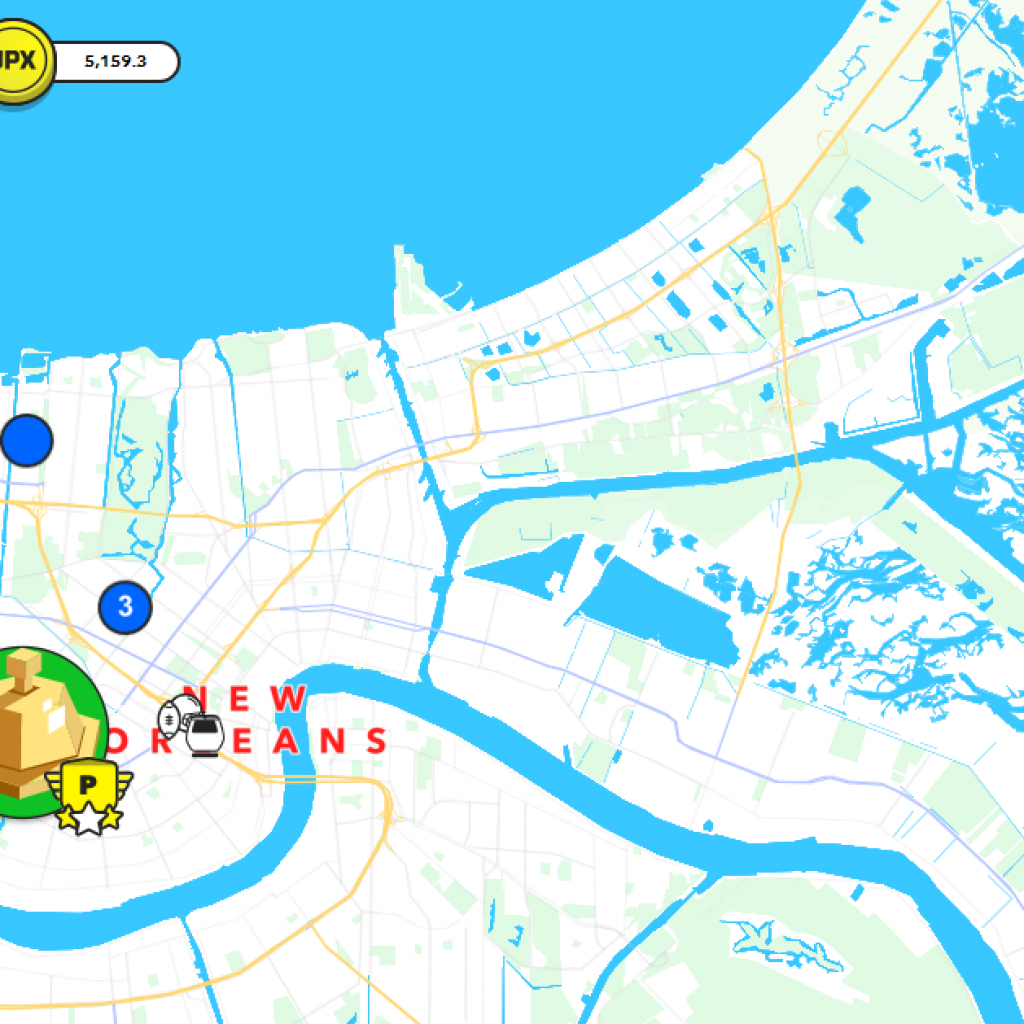 Axie Infinity absolutely blew up in 2021 as the top “play to earn” crypto game. Whole businesses were even spawned running teams of players. It remains to be seen if Axie has the staying power to outlast the goldrush, however.

Conceptually, the gameplay is very similar to Pokemon. You must catch Axies and train them to fight other players. The game allows us to convert the rewards we receive into real crypto assets. You can also compare Axie Infinity to CryptoKitties, as it has breedable creatures.

While it’s clear you can EARN with Axie, I question whether people would adopt this game on it’s own, without the financial incentive structure.

The good news is that given the popularity and implicit funding available now, developer Sky Mavis plans to roll out new features in an “open pet world”. It’s definitely a game to watch and/or establish a foothold in.

DeFi Kingdoms is in an entirely separate class for the ambitious full-spectrum blockchain integration. Every gameplay access incorporates crypto, from farming and min to character (hero) generation and interoperable NFT integration.

DeFi Kingdoms is not merely a point and click rewards system (with a crypto tagline); it’s a full fledged crypto universe.

After reading this awesome review from Hans HODL, I immediately jumped in to register.

That said, DeFi Kingdoms is VERY rough around the edges still. The UX feels beta (and it is). As such, it’s fun to explore and imagine the possibilities, but still requires a lot of time and investment to understand the various gameplay elements.

Another pet peeve I have is the incredibly frustrating sign up process. Where Axie, Upland, and Splinterlands have mastered the easy signup, DeFi requires complicated wallet integrations.

What’s more, the token (Harmony One) needed to get started isn’t readily available on every platform. I finally had success purchasing it on Crypto.com here.

While the above games are very playable and compelling, there are some other games I’m watching. I didn’t find them super compelling just yet, but piqued my interest:

Most Anticipated Crypto Games in Development

While the above games represent solid gameplay and economic ecosystems already, there are a number of titles I am even more excited about going forward.

Clearly we are just in the first innings of the “Web 3” gaming golden age.

We, the Reblocked Team, are a team of passionate writers and blockchain enthusiasts. We are ultimately excited about the future of Crypto. We know the world of cryptocurrency inside and out. We understand that blockchain white papers are layered with hundreds of technologies, concepts, and ideas. We cover investing topics, comprehensive crypto project guides, and trading. We are here to help you better understand crypto and keep yourself from potential scams.