The Case for DigiByte

Cryptocurrencies were designed to take every positive attribute of a currency possible, and put them together. DigiByte, is an attempt to build a fast, stable and scalable network to facilitate use of DigiByte as a cryptocurrency, as well as a myriad of other projects being built with its blockchain.

In order to achieve this goal, the largest coins make miners try to solve difficult mathematical problems. Miners who solve the problems decide which transactions to add next.

This protocol is known as proof of work (PoW) and dates back to the first Bitcoin paper written by anonymous author ‘Satoshi Nakamoto’.

When Bitcoin launched in 2009, its blockchain (a ledger full of transactions) was light and small. However, as Bitcoin grew, so did its blockchain. A longer and larger blockchain, as well as increasing popularity quickly brought up a range scalability and security issues, many of which still plague cryptocurrencies today.

Hundreds of other coins, all with slightly conflicting ideas on how these problems should best be solved, cropped up. In 2011, Litecoin theorized that a reduced block time (time between groups of transactions) could speed up the network and a scrypt proof work algorithm could help secure the blockchain. 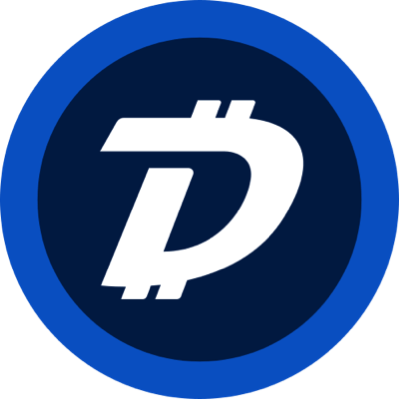 And in 2014, programmer and entrepreneur Jared Tate founded DigiByte, based on the foundations for proof of work currencies made by Bitcoin and Litecoin. Among a plethora of innovations, the block time was reduced to just 30 seconds.

Although DigiByte never quite caught on to popularity like Bitcoin and Litecoin, it has gone through four years of solid development. The result is the fastest and most secure blockchain of its type, through a range of technical feats that we’ll dive into.

The philosophy of DigiByte is to avoid the dangerous game of funding rounds, ICO’s and aggressive marketing. Instead, DigiByte is a bootstrapped project run mostly by volunteers and runs of just a few thousand dollars a month. This in stark contrast to the hundreds of millions of dollars burnt by the Ethereum foundation and other cryptocurrency projects each year.

Bumping into DigiByte among an industry with no shortage of extreme price speculation is a humbling experience. Its community believes in the power and potential of its blockchain.

Jared Tate and the DigiByte Foundation could easy push up their price with more than their tiny marketing profile, but they instead spend their time talking with industry leaders and developing the platform. 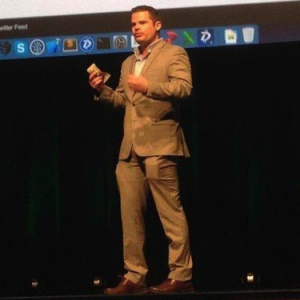 Tate, called Jared by his community, explains that DigiByte developers have explored applications in cybersecurity, trade and commerce. If any blockchain were to receive huge industry adoption, DigiByte would be among the main contenders.

The first block of DigiByte was hashed from the news headline “USA Today: 10/Jan/2014, Target: Data stolen from up to 110M customers.”, representing DigiByte’s goals of reforming digital security.

A large part of DigiByte’s technical advantages, applications and philosophy can be understood just by analyzing its history. In the next section, we’ll take you through a history of all of its development milestones so you can understand the reason behind its value.

The proof of work blockchain protocol requires miners to solve difficult mathematical problems. But as processing power on the network changes, so must the difficulty of the problem or the solution might take too long or not long enough to find.

After its release, DigiByte was hit by a number of mining pool attacks. Mining pools are groups of miners. By moving their processing power between the blockchains of different projects, they were able to abuse the algorithms determining the difficulty of the problems to their benefit.

This could result in a ‘stuck’ blockchain with a difficulty so high relative to the network’s size that it could take hours, days or weeks to find the next block and resume transactions.

Such an attack can still happen to Bitcoin today. Chinese Bitcoin mining farms provide around 80% of network power. If the Chinese regulators decide to shut them down, which is already being discussed within the Chinese Government, Jared Tate estimates Bitcoin could be stuck for up to two weeks. 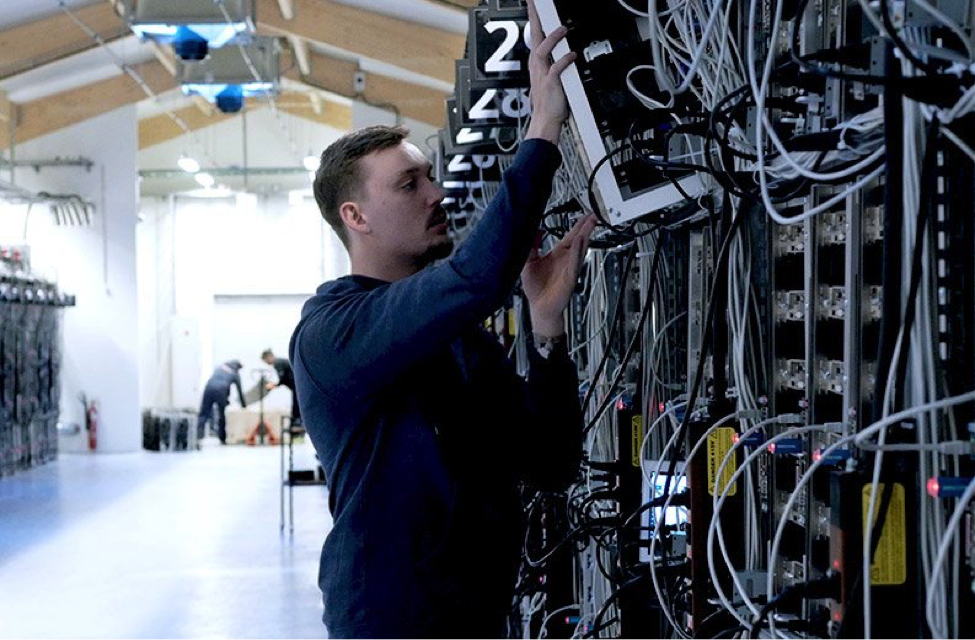 Digishield, developed by the DigiByte team for DigiByte, is an active, asymmetrical difficulty algorithm that can identify a stuck blockchain and remedy it in the time of a one block (on DigiByte, this system actually only kicks in after 60 seconds, or 4 blocks, due to its block speed).

The DigiByte team also helped to set up the Digishield network on other blockchains under mining pool attack, including on Dogecoin, zCash and Bitcoin Cash in a display of partnership the industry rarely sees. Digishield is now running on over 25 cryptocurrencies.

Most proof of work algorithms use just one set of complex problems to validate transactions. For example, Bitcoin uses the US National Security Agency’s SHA256 algorithm and Litecoin chose to use Scrypt. 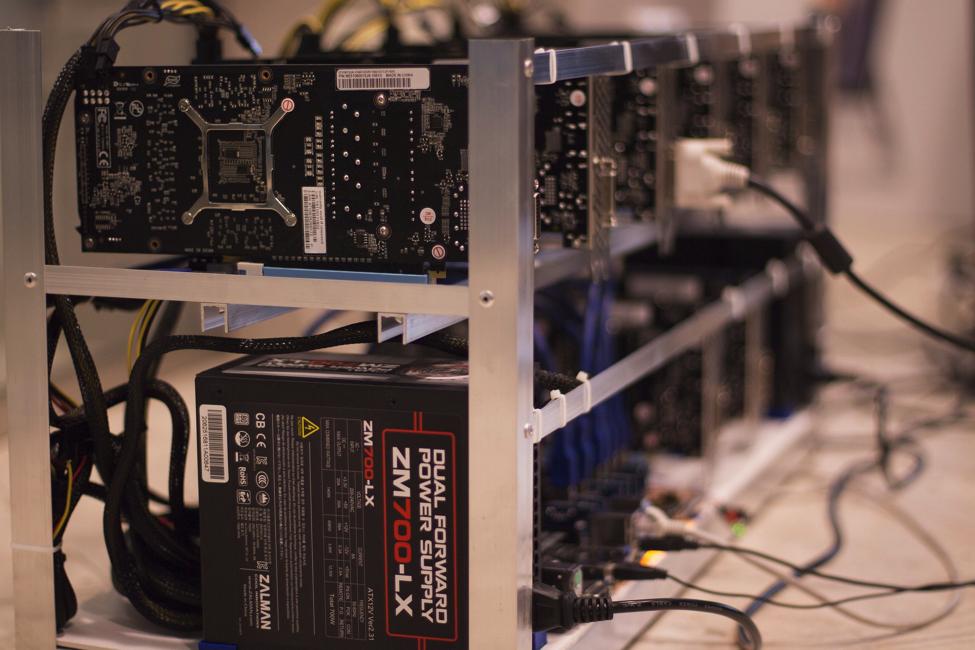 Different mining algorithms require different equipment. A blockchain mine with graphics cards (GPUs), as pictured above, are the best option for solving the problems given by some algorithms. Other algorithms require CPU power, and some have been overrun by application specific integrated circuits (ASICs).

If one pool of miners can take over 51% of the network, such as what nearly happened to Bitcoin in 2014, the pool has the capability to add fraudulent transactions to the blockchain because they control the consensus.

DigiByte alleviated this risk by adopting 5 different algorithms, and weighting them evenly in the network. 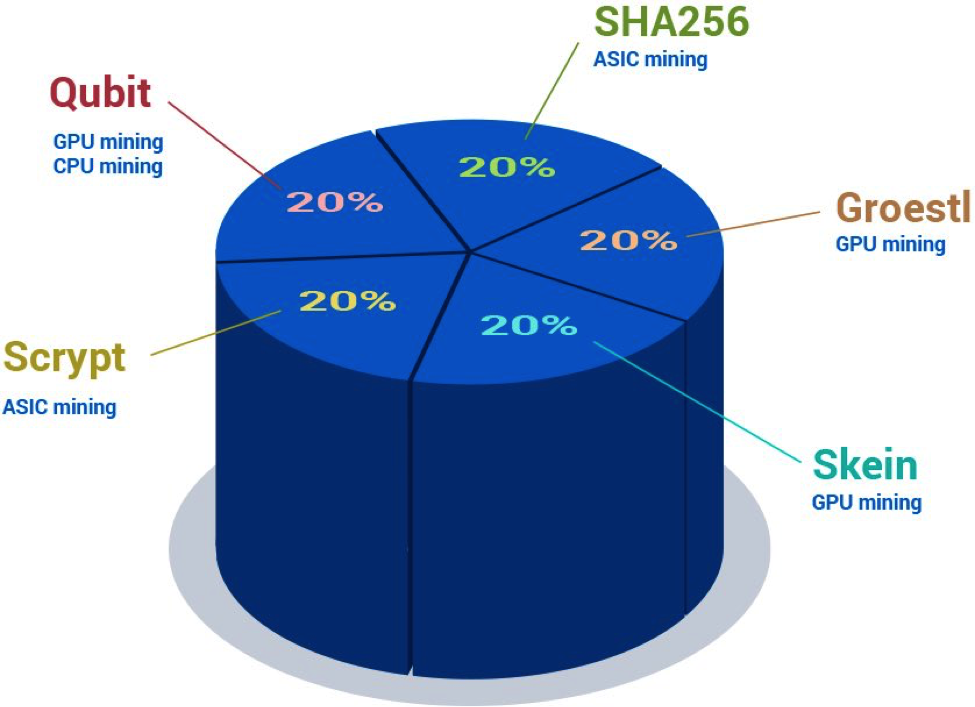 Under this system, a 51% attack requires 51% of the five mining algorithms and 90% of one. This is the technology behind DigiByte’s claim that they are the most secure and stable blockchain in the industry.

There were two main changes to the Digibyte protocol in the DigiSpeed update:

These upgrades dramatically improved the limit of the number of possible transactions per second (tps) well above Bitcoin and Litecoin’s capabilities.

Under the current system, Digibyte mining fees are under a tenth of a cent, much lower than Bitcoin or Litecoin.

DigiByte was the second cryptocurrency to implement the controversial segregated witness (SegWit) update.

The SegWit debate led to the Bitcoin Cash fork after a group of miners rejected the update on the Bitcoin network, opting to increase the block size instead.

SegWit was originally designed to fix a problem with transaction malleability on some blockchains, but ended up popular for the possibilities it opened for decentralised applications and speed improvements. The update moves most transaction information in blocks into a second extended block, so the main chain can run faster.

By adopting SegWit, DigiByte has the opportunity to use the faster lightning network for transactions.

DigiByte was also quick to implement atomic swaps, made possible by SegWit. It allows peer-to-peer trading between cryptocurrencies without an exchange.

There are also a range of other performance benefits that come with SegWit.

After so much intensive development, Digibyte has:

DiguSign is one of the most ambitious projects built on top of the DigiByte blockchain. DiguSign is a for-profit company that offers digital signatures that are secured and validated by a blockchain. 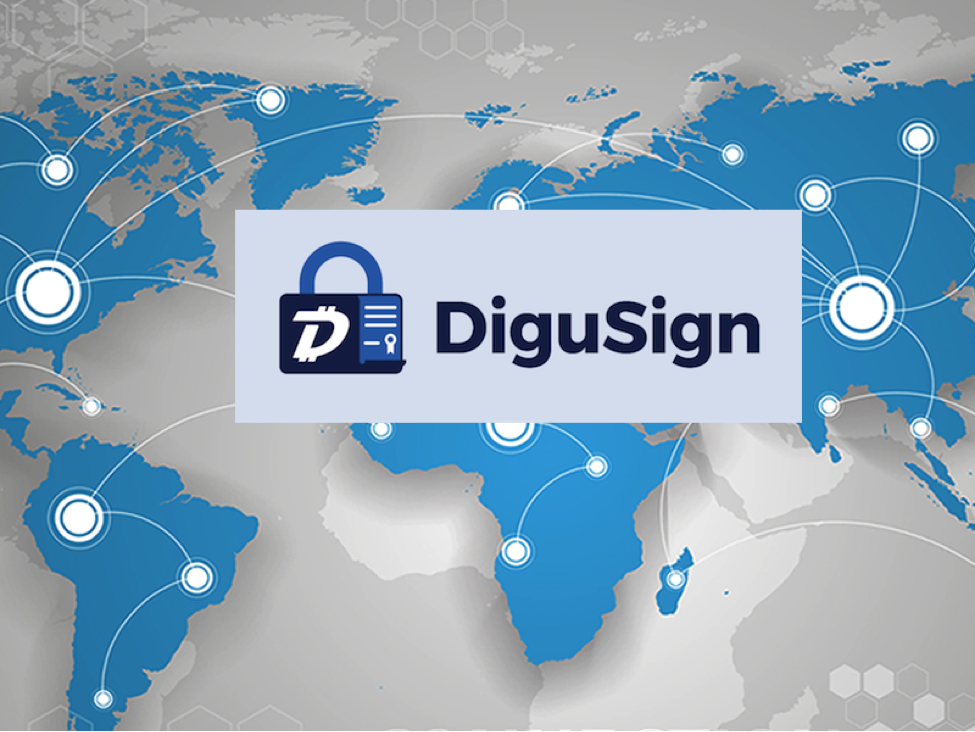 Not much has been revealed about the project, but DiguSign already has major companies using it.

DiguSign competes with industry giant DocuSign, which was hacked in 2017.

Digi-ID is a digital security application using the DigiByte network.

The service removes the need for usernames and passwords, allowing users to log into accounts throughout the web by scanning a QR code with a smartphone app. 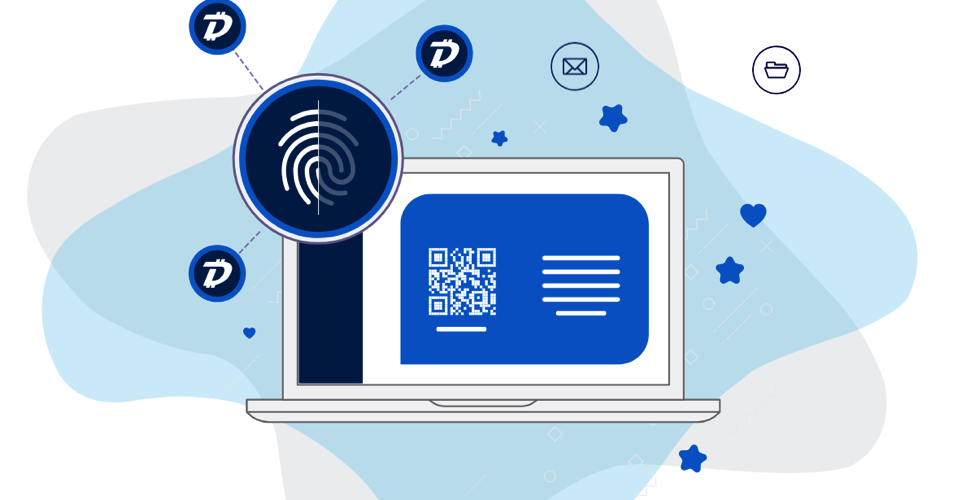 The app is connected to your DigiByte wallet, but you don’t need a balance to sign in. After the QR code is scanned, your phone proves your identity and you are automatically logged in.

You can secure the app with a passkey or fingerprint and be sure nobody else can log in as you because the private key stored on the phone is a secret.

You can test the network on the demo page, but the DigiByte app is still quite unstable.

How to Buy DigiByte

DigiByte is available for trading on Bittrex and Poloniex, two of the largest crypto exchanges. If you want to purchase with fiat currency, Bittrex will let you purchase Bitcoin or Ethereum over the counter so you can then trade it for Digibyte.

If you’re not comfortable using an exchange, then also take a look at ShapeShift. Its fees are higher, but the process is dead easy.

In line with the DigiByte philosophy, the team haven’t been aggressively trying getting the token listed on exchanges. DigiByte Foundation ambassador Jasiah Spackman also expressed his frustration over the fees demanded in return for exchange listings.

How to Store DigiByte

Options for the storage of DigiByte are also sparse.

If you want to play it safe, you can download the official Digibyte core wallet, but it will create a full node and you will need to download the entire blockchain, which can be up to 13 GB in size.

Instead, a more convenient way to hold your coins on your computer is on the Exodus wallet.

For mobile, give Coinomi a go or wait for the upcoming official mobile apps for Digibyte and Exodus. The official DigiByte wallet is available, but is still under development.

Alternatively, you can store it offline in cold storage on a Ledger Nano or TREZOR device.

DigiByte’s strength comes from its hard-working developers and loyal community. Although DigiByte receives little hype, the lack of speculation helps to keep the project stable.

The team is working on a range of upgrades throughout 2019 to its protocol, decentralised applications and wallet.