Blockchains may have been conceived in the nineties, but it is only now that we are beginning to see potential applications.

Ripple and Cardano are at the forefront of experimental industry decentralised applications (dApps), building their projects around the commercial demand for rigorous, trustworthy platforms.

Ripple Labs is a financial technology company responsible for creating the xCurrent, xRapid and xVia. All three are payment solutions for financial institutions including banks and credit services.

Although most of their partnerships are for the usage of xCurrent, the XRP token is xRapid. This is a mix-up that Ripple Lab’s executives have been trying to explain. Creating a single network for every transaction is inappropriate because the market is nuanced. xCurrent provides secrecy, xRapid is fast and xVia transactions can include additional information for payment handling.

If you purchase the XRP token, you are only holding the intermediary currency that banks will need to use to make incredibly fast transfers on xRapid. It should not be confused with shares in Ripple Labs, or with the potential of their other two services.

xRapid’s market is for institutions that need liquidity; cash in various currencies to make payments. Many businesses hold large amounts of capital in a country’s currency just so it is on-hand and they can avoid conversion fees. 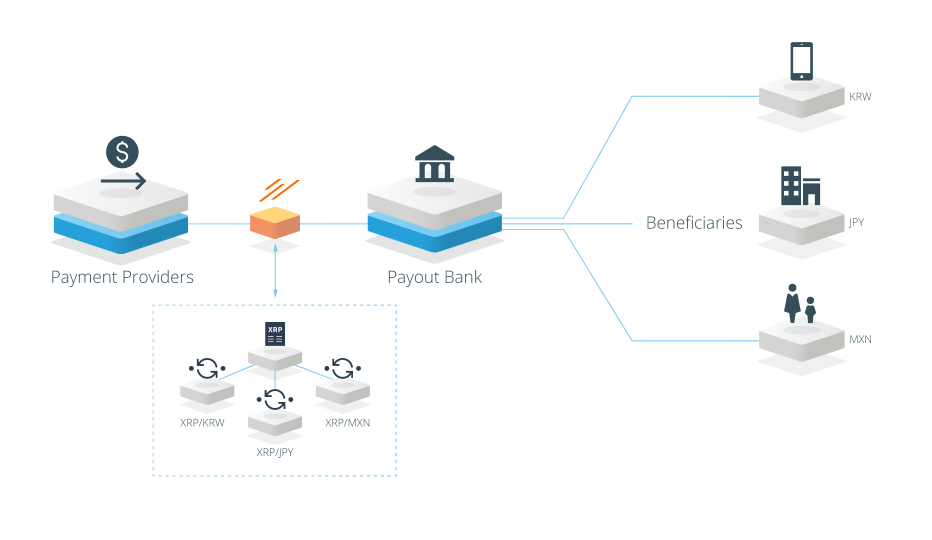 The XRP token provides enterprises with an asset that can be readily converted into other currencies.

xRapid’s nodes are other institutions, and transactions take a mere 4 seconds; making it applicable as a liquidity solution. Its code is open source, so even if Ripple Labs faces financial turmoil the network can continue.

The Potential of the Cardano Blockchain

The blockchain’s purpose is the same as Ethereum’s; to house a variety decentralised applications (dApps). Their three development focuses are on scalability, interoperability and sustainability, issues which have been holding back Ethereum’s success in recent years.

Input Output Hong Kong’s founder is Charles Hoskinson, a cofounder of Ethereum with Vitalik Buterin. Hoskinson wants to make Cardano a next-generation blockchain built to practical, durable and founded on the basic principles of computer science.

If the Cardano project is successful, the price of the Ada token will increase with the industry’s demand for use of its blockchain.

Ripple future lies with the major banks. If they don’t want xRapid, then XRP has little

value.Although Ripple has hundreds of institutions from around the world testing their services, the majority are interested in xCurrent. Very few are testing xRapid, and even less use it. To gain traction with the XRP token, Ripple Labs will need to cross-sell to the banks adopting xCurrent. They’re also up against SWIFT and ACH, global payment systems which dominates the market.

The ripple blockchain runs independently of Ripple Labs, but it will never succeed without it.

In contrast, Cardano is building a bank-friendly network that will advance cryptocurrencies legislatively. As part of the interoperability plans, Cardano wants to make it optional to:

These elements and essential for all transactions in the traditional banking world. By introducing them optionally, organisations can feasibly operate with the ADA token within the bounds of the law.

However, neither banks or organisations need to adopt Cardano for it to be successful; the measures have only been planned to improve their legal standing.

Cardano uses a proof of stake protocol built around their peer-reviewed research papers. Holders of a large amount of tokens will have a chance to be selected to produce the next block.

Proof of stake is fast, efficient and economically secure. Cardano’s proof of stake can simultaneously run multiple ‘epochs’, consisting of slots that can hold transactions. Some critics argue that external measures such as hardware mining provide better decentralization, but it’s clear that proof of stake is going to be a staple for new crypto projects. If we compare it to Ethereum, who’s entire roadmap is built around a switch to Proof of Stake, Cardano is one step ahead.

Although Cardano is being built on strong principles, they will take years to properly implement. Smart contracts are essential for platforms like Cardano and Ethereum, but Ethereum already have a thriving marketplace for their execution. Meanwhile, Cardano has no concrete plan on when or how to implement them.

At the moment, Cardano developers are implementing layer-based architecture to improve scalability. They can support many more transactions than Ethereum, but the true test is if they can strike a balance between nodes and transactions.

None of this is of any importance to the Ripple blockchain. Their nodes are banks, so it runs on a simple ‘proof of correctness’ protocol whereby actors submit transactions that are approved if enough nodes agree it is legitimate.

Ultimately, Ripple has a project that trades the benefits of open decentralisztion for speed and efficiency, whilst even individuals can contribute to the Cardano blockchain.

If the Ripple blockchain was entirely independent of Ripple Labs, the company would have no stake in its success. Therefore, Ripple Labs holds over 60 percent of the XRP tokens.

This is one of the common criticisms of investing in the XRP token; why buy if the market could crash at any moment when Ripple Lab’s stake is sold?

The tokens are currently time-locked on the network to calm investors. Tokens are periodically released to provide direct project funding to Ripple labs, but when the lock ends Ripple could explore other options. They could completely dump their stake, but it’s more likely that they will use it to artificially drop the price of XRP to please industry adopters and grow the network.

In addition, the network’s limited nodes, under 100, puts it at serious risk of an attack.

Relatively, Input Output Hong Kong holds little Ada. They have two and a half billion tokens stored in a wallet made public to see. This amounts to hundreds of millions of dollars at current market rates, but the company only plans to take out small amount for project funding, beginning after 2019.

Its blockchain is completely decentralized, and its community is open to new ideas to fork in. Its sustainability project releases small amounts of Ada to initiatives its users vote for.

Ripple and Cardano are both building decentralized exchanges into their blockchains.

Third-party decentralized exchanges are already operating on Ethereum. They allow traders to switch tokens without putting trust in a traditional exchange by securing deposits with smart contracts.

Cardano wants to implement a decentralized exchange for digital assets right into their Daedalus wallet. This will require Cardano to read other blockchains to verify payments. If successful, the ADA token will be the reserve currency of the blockchain space, with trustless trading pairs to all other tokens.

On the other hand, Ripple’s exchange is designed to facilitate the trading of fiat currencies for use in the present banking world. Payment providers are already part of a trillion-dollar industry.

The Ripple blockhain allows assets to be sent quickly by trading contractual agreements enforced by the nodes of the network instead of the asset itself. If the nodes cannot facilitate a line of trust for an asset, the XRP token can be traded on the open market.

Either way, organisations will have to pay their transaction fee with the XRP token.

Do Ripple and Cardano Compete?

Ripple and Cardano offer different products, but their industries compete. Ripple is building aeroplanes whilst Cardano is developing rockets for high-speed travel.

The traditional banking system isn’t going anywhere. Even if cryptocurrencies take hold in the West, it will take some time before authoritarian nations hand over power of their national currencies.

Conflict will only occur if digital asset services on the blockchain begin to take over the traditional banking system, which is at least a few years away.

Both Input Output Hong Kong and Ripple Labs are for-profit organizations, and themselves are funded by a range of institutional investors.

Ripple Lab’s reported funding rounds add up to nearly $100 million, but this is doesn’t include the tremendous value of their XRP holdings. As long as XRP token holds enough value, the company will never run out of funds.

Cardano’s ownership is three-pronged. Its management network is similar to Ethereum and NEO’s.

Ripple vs Cardano: The Bottom Line

If you want to stay true to the goals of Ethereum and Bitcoin to create fully decentralized networks, then Cardano is a fine investment. Its next-generation blockchain research is methodical and humble, and their developers have already made important strides towards an integration with the existing financial system.

Ripple’s token is a tempting investment, but it is a bet on the success of Ripple’s xRapid service. The risk that it could be abandoned or of Ripple Labs selling their stake should be taken in to account, even if you believe the technology will be disruptive.

Still unsure? Read our explanation of the differences between Ethereum and Ripple to gain a holistic view of the market.

Bitcoin vs Zcash — The Differences Made Easy
August 15, 2018