Cryptocurrencies provide payment and wealth storage methods independent of centralised actors. Blockchain technology is revolutionary because networks founded on its theory are both decentralized and tamper-proof.

Combined with a protocol such as proof of work, a cryptocurrency is formed. Proof of work requires computers to solve complex problems in return for the chance to choose the transactions in the next block. In addition, rejecting the consequences of a past transaction will raise cryptographic flags and your actions are ignored by the network.

It’s easy to confuse a decentralized ledger with a network with privacy. Even Bill Gates suggested that the main feature of cryptocurrencies is their anonymity.

In reality, blockchain networks such as Bitcoin’s are only pseudo-anonymous. The network is public, but Bitcoin wallets aren’t connected to entities. Even if an actor claims ownership of a Bitcoin address, there is no mathematically rigorous test available for them to prove it.

However, all Bitcoin transactions and their details are publicly available on its blockchain data file. Consequently, all wallet balances can be derived from the list of transactions.

If someone find your Bitcoin public address, all of your spending becomes public.

This is the problem that all of crypto’s privacy coins have set out to address. Monero, Dash, PIVX and Zcash are good examples.

The belief they share is that financial privacy is a right. Nobody should have access to your payments or financial information if you have not consented to give it out. The zCash Hello World post describes financial privacy as a necessity for upholding human dignity, intimacy and morality.

When Bitcoin users first ran into the privacy problem, the Zerocoin project began. Zerocoin keeps transactions on the public blockchain, but anonymizes the sender. Similarly, Zerocash protects both the sender and the transaction amount.

Zerocoin and Zerocash were initially proposed upgrades to the Bitcoin network. After failing to get their work implemented in a fork, the developers came together to found the Zcash token in early 2014.

Bitcoin’s creator is a mysterious cryptographer who only referred to himself as ‘Satoshi Nakamoto’. In contrast, the developers of Zcash had no problems showing themselves and formed the private Zcash Electric Coin Company. The organiszation profits from the success of Zcash, and receives institutional funding from a variety of sources. 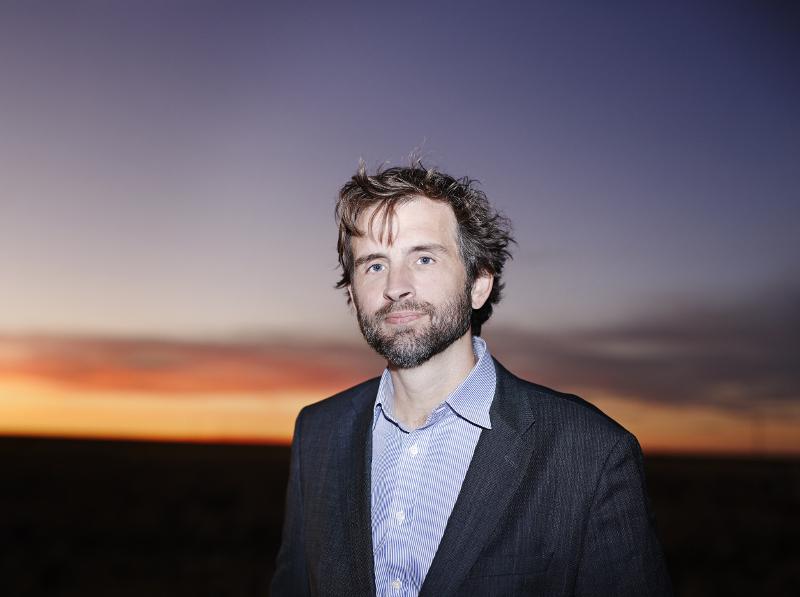 After two years of development, Zcash’s ZEC token released in 2016, making major modifications to Bitcoin’s code. It soared in popularity to join a new wave of privacy-based cryptocurrencies.

Although the project keeps to many of Bitcoin’s principles, Bitcoin and Zcash are slowly diverging.

zk-SNARKs is the cryptographic protocol that shields private transactions on Zcash.

The technology has been described as a breakthrough for cryptocurrency by many in the industry, including Ethereum founder Vitalik Buterin.

zk-SNARKs offers an authentication method that allows two parties to verify they have the same information without revealing any of it to each other. Transactions made with zk-SNARKs contain an additional string of data that proves that the sender has authorized a transaction with equal input and output values. Moreover, nodes of the network can verify a transaction without knowing any of the details.

Unfortunately, Zcash’s implementation of zk-SNARKs takes far more resources than a normal transaction because the proofs take time and memory to prove. Shielding a transaction with SNARKs is optional, so most traders have chosen to keep their payments public. As few as 4% of transactions are between shielded addresses.

The Lightning Network is Bitcoin’s next big step, and promises instant, scalable transactions. Instead of submitting every transaction to its ever-expanding blockchain, Lightning connects two parties with ongoing contracts. The blockchain is only used to open and close contracts, or to resolve disputes. A network of these contracts are connected to create a ‘lightning network’ that facilitates a transaction between anyone connected.

The Bitcoin Lightning Network sends a payment through a web of efficient contracts.

Lightning is only in a trial phase, but it’s seen some early success. Similar layer-based solutions that take transactions off the main blockchain have popped up in Litecoin, Ethereum and Stellar.

The upgrade should address the scalability problems that saw the network fall apart in 2017. Additionally, Bitcoin’s 10-minute block time can be avoided by merchants who want to instantly confirm transactions.

However, the idea is not without opposition. Lightning required a network update called SegWit, but the change was rejected by a large number of miners who came together to form Bitcoin Cash.

Bitcoin’s lightning network has seen substantial progress, but zCash seems confident that they have the potential to rival its capabilities.

In a developer Q&A, ZCash CEO Zooko Wilcox revealed the possibilities of compressing multiple zk-SNARKs transactions into one proof.

There are lots of possibilities! Not sure if any of them can really achieve “practically unlimited (scaling)”.  Evaluating which one offers the best balance of consistent-low-latency, finality, capacity, practicality, reliability, assurance, simplicity, decentralization, etc. is the next step.

The project also has its own take on the lightning network, BOLT. The upgrade is experimental, but it promises a network of private payment channels that make the off-chain transactions hidden.

Although private transactions are not a core Bitcoin principle, its community continues to discuss implementing it.

If accepted, Bitcoin’s private transactions would be secured through ‘Bulletproofs’, a recent cryptographic innovation. However, there’s been concern that the technology isn’t secure and fit for long-term implementation.

Experimental cryptocurrencies such as Zcash competitor Monero, are already working on integrating it.

On the topic of zk-SNARKs as opposed to Bulletproof, Ethereum founder Vitalik Buterin has a clear favourite.

I personally think SNARKs are best in class for privacy. Ring sig privacy difficult to quantify. Also, if quantum computers come they will deanonymize all past ringsig transactions, but SNARK-based stuff is not vulnerable from a privacy standpoint.

zCash and Bitcoin run on similar token supply models that are both capped at 21 million, and block rewards that reduce at the same rate.

The only supply differences are Zcash’s later release, as well is its ‘slow start’ phase in its first month of operation.

However, the Zcash Electric Coin Company has built a funding model that allows them to reap the benefits of a successful token without hoarding tokens from the onset. Zcash’s ‘founder reward’ allocates 10% of mining rewards to the company’s reserves, a system that is bringing in millions of dollars each year. 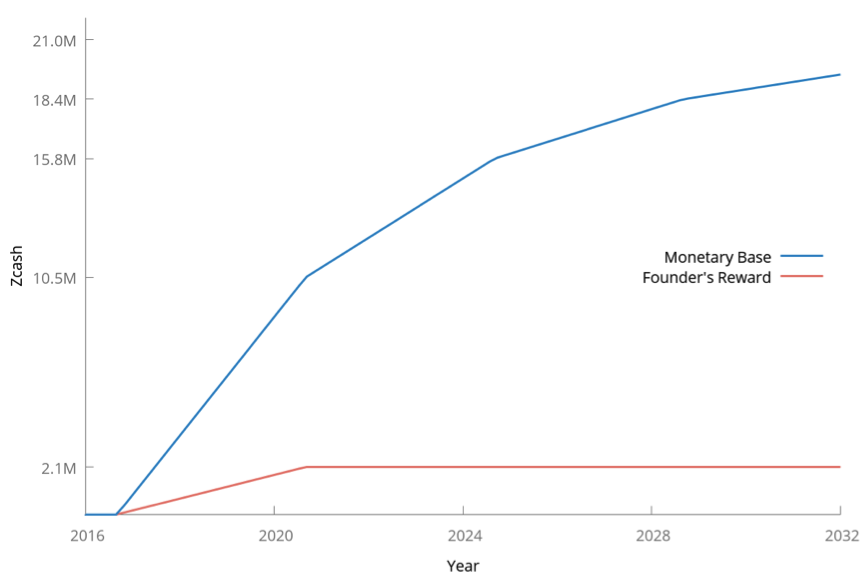 Zcash is projected to follow the same supply path as Bitcoin and will conclude mining rewards at 21 million ZEC tokens.

The funds go to reward their team of investors and pay for future development. Zcash regard themselves as a scientific group that require the funding to continue contributions, a fair rebuttal to critics of the system. zk-SNARKs software is already being integrated into other cryptocurrencies, and they continue to put up industry-leading research.

Proof of work cryptocurrencies require complex problems be solved by miners. Bitcoin’s ‘problems’ are still generated through its original SHA-256 cryptographic hash function. Although the hash is still strong, the days of home-computer Bitcoin mining are long gone because of specialized mining systems.

Known as application-specific integrated circuits (ASICs), these devices exacerbate Bitcoin’s centralization problem. An ASIC is designed solely for Bitcoin mining efficiency, so small miners are pushed out of the market.

Zcash has adopted the Equihash protocol, a new memory-oriented solution that just might be ASIC-resistant. It is the largest token by market cap running Equihash.

Regardless, it still suffers from the same mining pool problem that threatens the decentralization of cryptocurrencies.

Bitcoin’s scalability future is the Lightning Network, but zCash’s current focus is on improving the performance of its private transactions.

Zcash’s Sapling update applies to its private zk-SNARKs payments. It will: 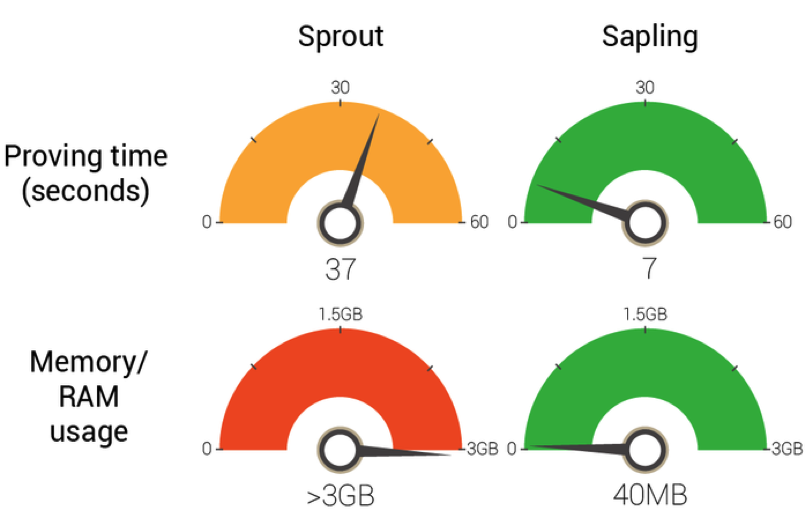 The basis of Sapling of complete, but it will only be released in late 2018 after further updates.

Sapling is the key event on the Zcash roadmap, and its success could bring it to the forefront of efficient, private transactions.

Ethereum and its founder Vitalik Buterin have shown interest in integrating an optional privacy mechanism for years.

In a rare collaboration, Ethereum and zCash have come together to share technologies.

Zcash and Ethereum developers at a joint meeting.

Buterin’s plan is to enable private transactions once the Ethereum network is ready to handle the additional workload. Once it is, the ETH token will be just as private as Zcash, but Zcash’s blockchain will always be optimized for privacy.

The zCash FAQ page confirms the possibility that Zcash could lose value as a result of the partnership, but also points out some benefits.

While we cannot provide advice for investors deciding where to place bets, the Zcash blockchain does provide users with a means for private, decentralized payments right now. Further, the Zcash team will be working to ensure that any such improvements to Ethereum benefit Zcash users and vice versa.

When asked this question, Vitalik Buterin of Ethereum points out that Zcash can more easily make development tradeoffs to optimize use of zk-SNARKs.

Bitcoin vs Zcash: The Bottom Line

As a development fork of Bitcoin’s code, Zcash holds a similar position to Bitcoin. It suffers from the same scalability problems, has a similar protocol and a matching token supply.

Zcash’s focus on privacy is a unique gamble, but it will likely be heading in a similar direction to Bitcoin after the Sapling upgrade.